When the Dutch architects DOOR Architecten were planning to renovate and modernise four old apartment blocks in Delft in the Netherlands, they decided to clad the façades with 7,500 m² of Steni panels. 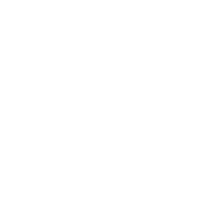 “What made this project particularly special is that, in addition to making the buildings more energy efficient, we also took the opportunity to give them a modern, new exterior. This resulted in a clear aesthetic improvement,” states Karin Dorrepaal, one of the architects at DOOR Architecten.

All four blocks were cladded with façade panels from Steni, each building being given its own unique character.

Dorrepaal explains that they wanted to reflect the characteristics of the residents and the area. The starting point was the verdant and well-kept gardens, with plenty of trees and flowers, that surround the buildings.

“We wanted to bring out this aspect to the full, and thereby bring the concept to life. So we took a very simple decision: four blocks, four seasons. We created this look by designing façade panels with colours that characterise each season,” explains Dorrepaal. Managing Director of Steni Netherlands, Patrick Klijnjan, reflects on a project for which the company is very proud to have supplied façade panels. He emphasises that there are many who have benefited from the upgrades carried out on Mercuriusweg in Delft. “The end result is just fantastic, and it is really gratifying to see that more than 160 homes are now benefiting from a new, inspiring façade in bold autumn colours and crisp winter shades,” says Klijnjan.​ Patrick Klijnjan, Steni Nederland​ At Steni, we work to minimize the negative impact of our products and processes on the environment both locally and globally. We have a special focus on continuous improvement of the carbon footprint and our products are and will remain in the leading tier. Minimal environmental impact - of course!